The entry-level Caddy makes economic sense… and it’s a pleasure to drive.

Many years into its model cycle, the Caddy still appears relatively fresh but its commercial-vehicle roots are obvious.

While soft-touch surfaces are rare, the Caddy’s interior feels impressively sturdy. Infotainment screen is set too low, though.

Fold the second row and you have a massive square shape perfect for carting large objects.

The entry-level Volkswagen Caddy makes economic sense ... and it’s a pleasure to drive.

We’ve experienced many thoroughly enjoyable miles driving Volkswagen Caddy TDIs over the years (including running a number of them in our long-term fleet). Abundant comfort, massive space and miserly fuel consumption make this vehicle one of the best all-rounders for families and businesses transporting goods of most types. Not everyone can afford more than R400 000 for these privileges, however. This is why VW SA provides a petrol-powered version at around R100 000 off the cheapest oil-burner’s price tag (that’ll be the 2,0 TDI Trendline manual). The purpose of this test is to determine what you may be missing out on with this saving.

Looking at the luxuries first, we have a Trendline array of goodies as standard. This means rather attractive 16-inch Bendigo alloys, including the spare, electric mirrors and front windows, VW’s full-feature Composition Media touchscreen infotainment system and a leather-bound steering wheel.

The Caddy is all about space and that’s the main reason for its popularity. To maximise interior room, the sliding doors are slim thanks to the sliding windows. The roof is so tall that an overhead compartment swallows yet more goods such as documents, laptops … even grocery items, all out of sight. There is lots of clearance for your legs and even more space under the seats. If you choose the towbar option (R7 365), this is neatly located in a floor compartment behind the driver’s seat. The rear sill height is very low, ideal for loading heavy goods. A comfort feature that’s missing is an adjustable centre armrest. The lid is fixed and the level is too low for most people. The door pockets are large but the glovebox small. Aiding rear space are 60:40-split seats that fold and tumble forward. It truly is a wonderfully adaptable, comfortable space.

We have now experienced several manufacturers’ three-cylinder turbo engines of small capacity, designed in the name of efficiency. While impressive in many ways, these types of powertrains can exhibit a few negative traits. For one, they’re often not as smooth as a four-cylinder which is especially noticeable at low revs. Secondly, there is a lack of low-down torque as the turbo must spool up before the engine delivers. If you add a dual-clutch automatic gearbox with less-than-perfect cog swaps – something which is frequently done – you impact driving enjoyment. In the case of this Caddy, the solution is a straightforward manual gearbox. It doesn’t entirely alleviate some of the lag inherent in VW’s 1,0 TSI engine but soon educates the pilot to use a touch of clutch slip combined with a slight dab of throttle to prevent stalling on take-off. Once moving, the drivetrain is an impressive one as the engine smooths out, torque kicks in and the Caddy goes down the road effortlessly.

Interestingly, the TSI’s power output is identical to the first Caddy we tested in 2005, a naturally aspirated 1,6-litre. Comparing performance, the acceleration to 100 km/h is now slightly quicker, with similar braking figures (the times of which are still poorer than we’d like), but fuel consumption is much improved. We saw computer readouts of just over 7,0 L/100 km rising to 9,5 after performance testing, with our fuel run returning 7,5 L/100 km.

Due to its upright stance, strong winds affect stability, although the handling and steering feel are well sorted considering the Caddy’s workhorse origins. Those roots do make themselves known in the ride, which is more fidgety than in crossovers at this model’s price, but overall refinement is very good.

Compared with the Caddy TDI models, with the 1,0 TSI you get less power, no option of a DSG transmission and higher fuel consumption. That said, considering the large frontal area that makes the Caddy susceptible to strong winds, the consumption is still impressive. For R100 000 less than an oil-burner, then, the 1,0 TSI has suddenly become our Caddy of choice. Its only rival is the Opel Combo, which offers a diesel engine and is worth considering (if you’re willing to cast your net wider at this price, VW’s own T-Cross 1,0 TSI Highline is in the running). However, the Caddy ticks so many boxes, it’s no surprise it’s the model to beat. 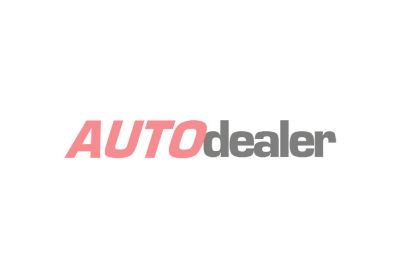 SPONSORED: Adventure in the Toyota Fortuner Epic? Road trip, we must...